"Meie isa palve"
"The Prayer for the Holy Father" 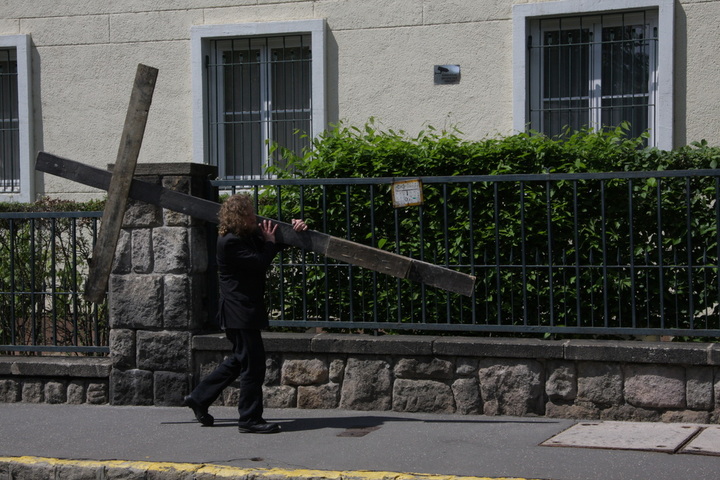 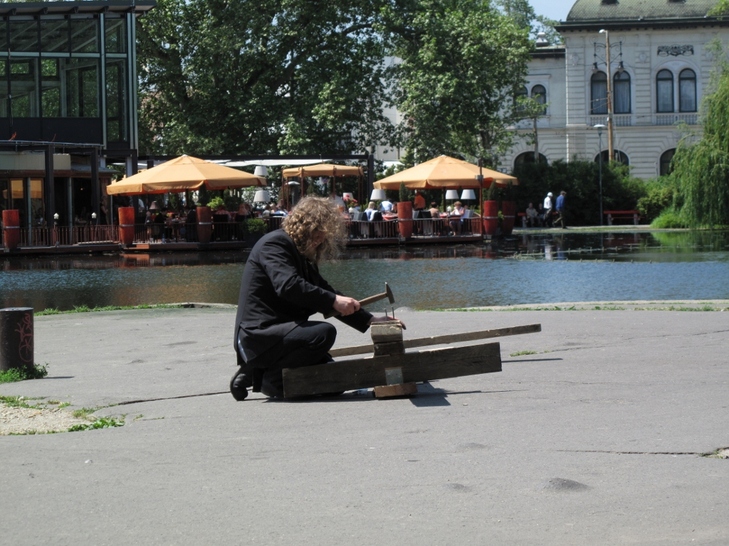 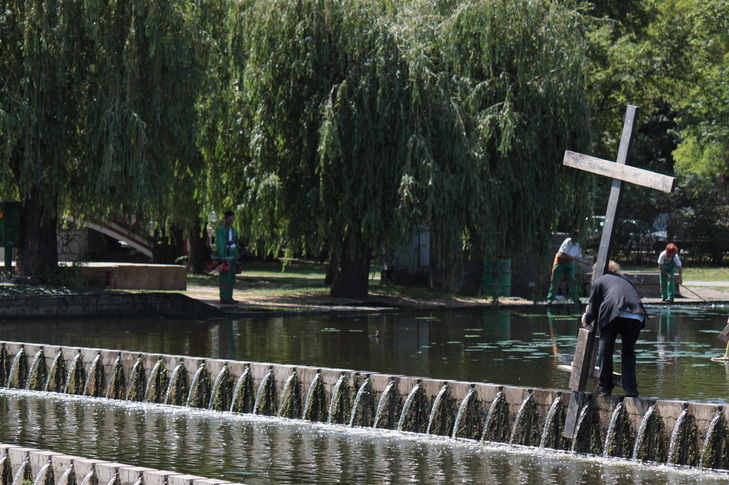 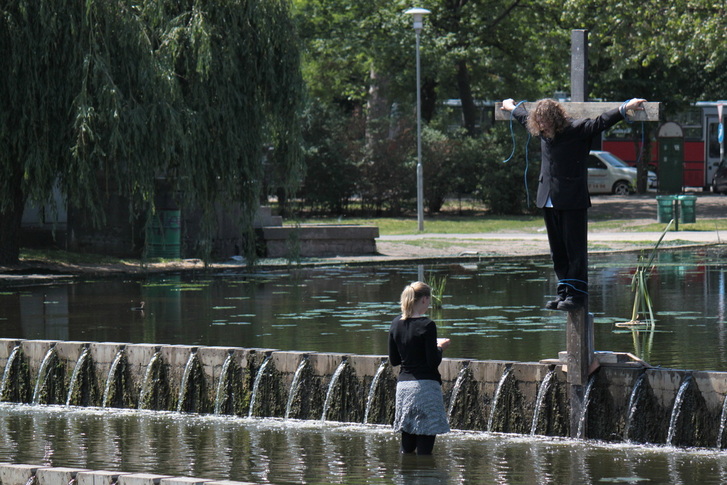 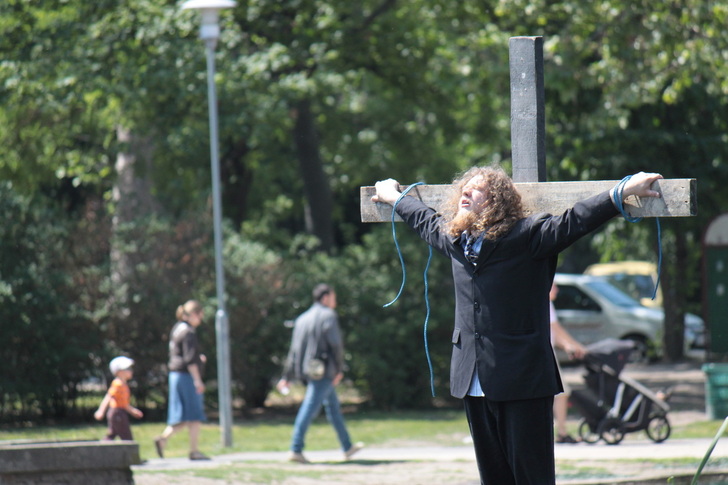 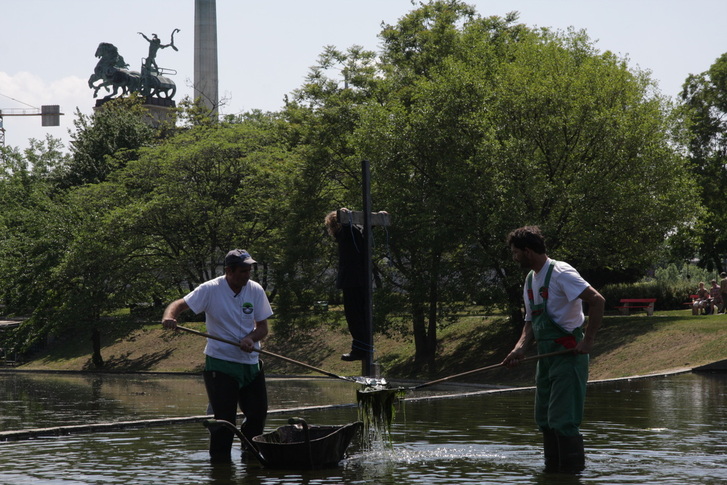 Some years ago I was writing a new text for the old and important christian prayer: Prayer for the Holy Father. I connected this prayer with European Union thematics, because in some cases I was noticing parallels with religion and the way how some people and politicians talk about this union. And becuse this topic is currently very hot and important, I decided to use it. I looked over the text, some people helped me translate it to english, hungarian, and latin language. The plan was, that on the 9th May (day of European Union) I would read those prayers, tied to the cross, which would be placed in the middle of the waterfall in City Park.
Because this mixture of religion and EU thematics is quite sensitive and charged in Hungary just now, I was prepared for the possibility of problems arising when walking with the cross in the streets or in the park when I read my prayers, but actually, there were problems in the Budapest Art University, before I was started.
I had made flyers with the prayers, which also remarked that this is an art project, not political propaganda or attack against religion. My plan was, that somebody could hand the flyers to the public, when I read my prayers on the cross...
But, before leaving, one painting professor saw them in the University. He was very  irrational and anrgy and took them from a girl, who should have been helping hand out the flyers. He ordered,that this girl had to stay in the studio and after that, he came to find me. He was bawling that I am a fucking nazi and he was going to speak with the Rektor and police. Also he promised to organize that I would be thrown out from university...
I tried to explain to him, that this is only an art project and ask for my flyers back, but he wasn`t listening and it ended in confrontation.
After that I decided to leave the flyers and go and do the performance without them. But because I didn`t have the flyers, most of the people who were watching the performance in the park could not understand the words.
Let everyone decide for themselves, if it was a good or bad artwork, but anyway after this performance I have had many discussions and it has opened a lot of questions. The main criticism for me is, that because of the political situation in Hungary, I maybe should not have done this performance. But I would like to ask, is it right then, that only extremists can discuss about some thematics, what is important for everyone? Where else then is it possible to find free mind, discussion and open ways of thinking, if not in an Art University? Sometimes art needs to be a little bit provokative, it is normal that artists try to work with contemporary issues or test the boundaries. 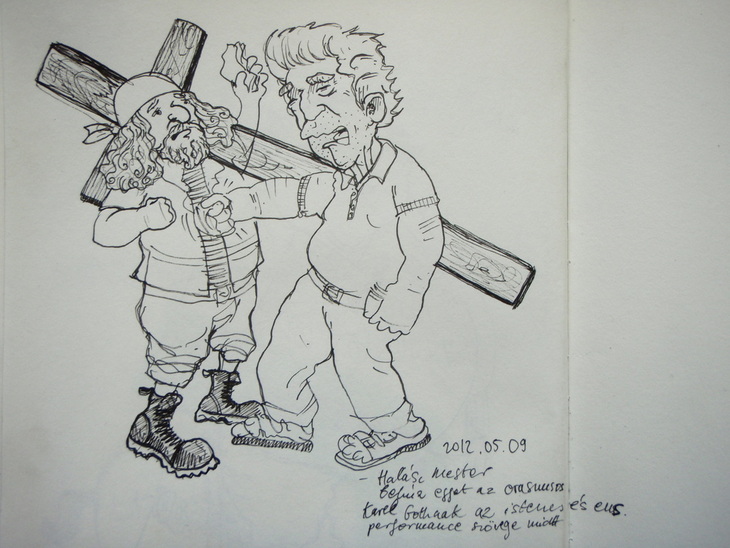